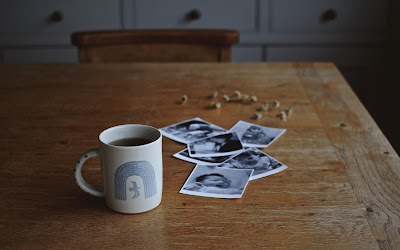 Seeing a rainbow.
Four years ago I took this for granted. Everybody can do it. I was wrong.

My daughter Sabrina was born with very severe eye condition called Peter’s Anomaly. Her eyes looked white opaque, as opposed to you’d have excited to find out what colour your new born’s eyes are. When the doctor eventually diagnosed it and explained that she was blind, my heart sunk. No family trace. Just a bad luck. It was a very rare condition like 2-3 cases in 10,000. She had a combined developmental problem with her eyes that required attention, as well as high pressure on her eyes risking potential damage. So she had to start medication immediately. She was only three day’s old.

You can read more detailed story in the blog post I wrote in the past. (→here) To cut it short, our new family life turned into unexpectedley tough journey. Especially for little Sabrina. She had over 100 hospital appointments ever since, three major operations, after-op life threatening illness, on-going medication, daily activities to stimulate her developmental delay due to her lack of sight. We were just surviving everyday.

If there is a miracle, I’d say this was it.

We fortunately met a specialist doctor who could offer Sabrina a chance of cornea transplant surgery. It is known to be a difficult one, especially for babies due to the risk of rejection. I was told that it would be less than 50% of success rate, and if fails, she could lose her eyes.
I still think she was a lucky one as she has gradually gained a sight after the operation. (she had a transplant on her one eye) It was a miracle moment when she first found her own hands, and of course when she first looked at our eyes with her new eyes.

We have been watching this little girl learn so much as she grew. I mean, for her sight wise. How she sees is different from us. Her brain needed to adapt her way of seeing. With combination of eye patch training, stimuli training, on-going medication, she has adapted how she can see better in her own way to compensate the disadvantage. (mostly she tilts her head in a certain angle)

Her body did too, as she struggled to follow moving objects due to her limited peripheral vision and Nystagmus (involuntary eye movement). She often used to bump into other children but leant to move more carefully.

She wears sun glasses outdoor all year as her eyes are sensitive to light and glare. (By the way did you know BONO from U2 are wearing sun glasses because of his eye condition?) This helped her moving around, but seeing moving objects outdoor was probably the most difficult task for her, such as flying birds, butterflies, aeroplanes, hopping squirrels… and rainbows. She could not see a rainbow. I used to explain what it looks like using a picture book, but her eyes could just not work that way for a long time.

So you can imagine how delighted when she first recognised those things.
“Mummy, it’s an aeroplane!” Pointed out a little object in the sky. I remember tears came down to my cheek. I think this was when she was around three years old, she gradually started to recognise those things she didn’t before.

Then one day she pointed out through the window, “mummy it’s a rainbow”. That moment I felt really magical. It's difficult to see light (rainbow) not an object and through windows that can cause her glare. Despite all the difficulties, she has managed to identify the rainbow by herself.

Sabrina continues to visit hospitals, take numbers of medications and carries the risk of the cornea rejection for the rest of her life. However, she is a happy, caring and confident four year’s old today. For this, we can’t thank enough for great specialist team at Manchester Royal Eye Hospital, where they trains new doctors who can diagnose and treat someone like her in the future.


This is the reason why I choose to donate 3% of profits from my open studio sale. I will be having another one in August. If you would like more information, please email me or visit FEVA art trail. Thank you for your support.