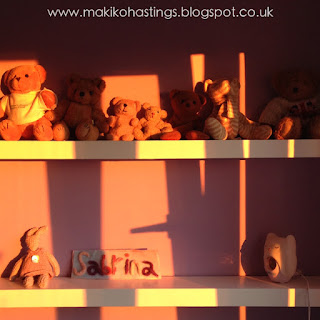 She did not have her own bedroom up until now. Instead, since she was born, she was sleeping in the corner of our bedroom, where used to be our wardrobe. Some may find this strange or even pity, as most families in UK put their baby into a different room at very early stage, certainly after stopping breastfeeding. It’s a kind of norm to me though, who comes from a culture where all the family often sleep in one room when the babies were young. We did it and my brother still does. But the main reason was the fact that we just did not have time to prepare it. I was working right close to the due day and then we are still working on our bathroom until a few days before she was popped!

Her bedroom at that time was for her big brother. We planned to move his room into our guest room, which was temporarily used by my mum who was helping us and even after she’d gone home it became a storage room as we were just too busy. So the priority wasn’t her bedroom but providing somewhere she could sleep, hence we shuffled our wardrobe space. I did decorated that small space for her though, as you can see. (and that was done a few days before she popped, too!) 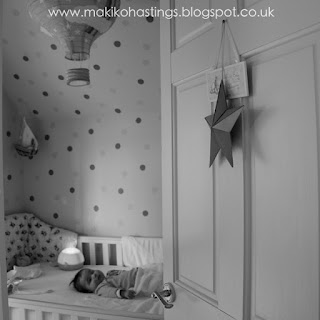 Now she is three, toilet trained, learning towards independency everyday and (AND!) she is going to school next year! Eeeek! We thought it’s time now, so our moving plan began this summer. Shifting stuff from one room to another, moving her big brother to an empty room, then decorating again. Not that straight forward and it took time for us, as everything was done in between looking after her. But finally we have finished it. The result? 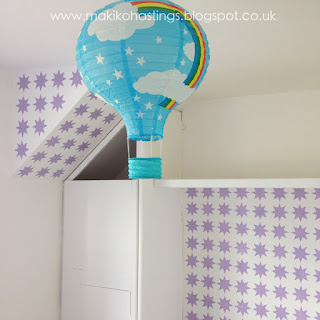 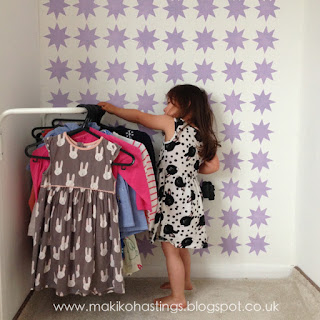